Nehemiah (1and2) Nehemiah Decides to Rebuild the Wall 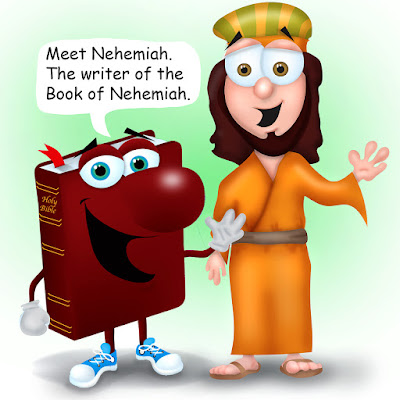 It had been 100 years since God touched the hearts of the Persian kings and allowed the Jewish exiles to return to Judah/Jerusalem and 40 years since God's temple had been rebuilt. The book of Nehemiah is unique. It was written by Nehemiah in the first person style. Which means he wrote of everything that happened to him and around him from his vantage point. So we are going to let Nehemiah tell the story in his own words. So whenever you read the words Me or myself or I, it is Nehemiah talking about himself.
Hi, my name, as you already know is Nehemiah. For the past one hundred years, my countrymen, the Jews, have been making the 800 mile trek from Persian back to Jerusalem. Many of my friends and family have made the journey. But I have remained here in Persian. Mostly because I have a comfortable life here. I work for the king and live in his palace. I am the king's cup bearer, which means I taste the king's drink and food to make sure no one is trying to poison him. Yes, it is a dangerous job, but it is also a respected job because the king trusts me. Sometimes he even asks for my advice on some issues that arise in his kingdom. But I do miss my friends and family.
So you can imagine my excitement when I heard that my brother and some of his friends were returning to Persia for a visit. When I heard that my brother was inside the kingdom walls, I ran out to meet him and his friends. My heart was beating as I asked how he and all the returning exiles were doing back in Jerusalem. But my heart sank when my brother answered, "Not good."
"Why? what is going on?." I asked.
"Without a wall around the city, the people are afraid to leave their homes, especially the women and children." My brother answered and then continued."The men are fearful that some neighboring countries will send troops through the city and snatch up all the women and children and the temple has yet to be decorated with the ornate silver and gold pieces that originally graced the walls and sanctuary." 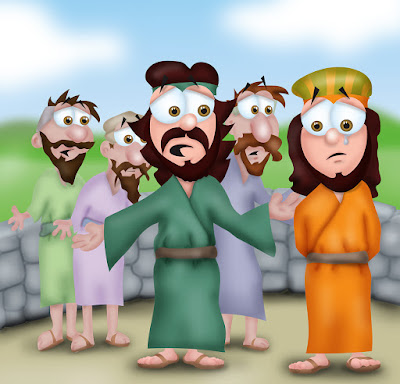 The walls had been torn down and burned by the Babylonians more than a hundred years ago. I knew it was not good for the people to live in fear. How can people live a God honoring life if they are afraid to come out of their own homes? I became very sad for the people there. I even began to cry. For many days after I hears the news, I fasted and prayed to the God of Heaven. I confessed my sin and the sin of all my people. I reminded God of His promise to restore His people and His city if we returned to Him through repentance, worship and obedience. I prayed for about four months that God would do something to help the people. Then something changed. I felt God telling me that I was the one that He was calling to go and help the people and rebuild the wall around Jerusalem.

God is amazing that way. Prayer is not only asking God, but listening to Him. As we present our requests to Him, He slowly changes our hearts and guides us into His will. As you continue to pray for someone or some situation, listen. God may changing your heart and prompting you to be His tool for His purpose in that very situation! 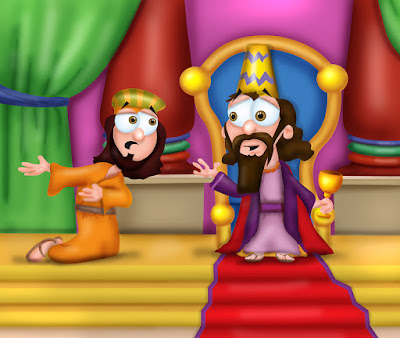 Ok, so I heard the clear voice of God. I was supposed to go back to Jerusalem, get the people together, and lead the reconstruction of the wall around Jerusalem. But there was one problem. Approaching the king with this idea was causing me much angst. The king did not even like if anyone was sad around him, let alone make such a life changing request. He could have me thrown in a dungeon, or even worse, put to death! I prayed that God would calm my soul and put just the right words in my mouth.
I remember it was a beautiful spring morning. I had never appeared sad before the king before, but this particular morning I was feeling so much compassion for my fellow countrymen back in Jerusalem, that my face reflected my sadness. The king noticed and asked me what was wrong. I was
badly frightened, but replied. "Long live the king! I am sad because the city where my ancestors are buried is in ruins. The wall has been torn down and the gates burned."
Then the king asked, "What can I do for you?"
"Ok.... this was my chance..... don't blow it." I thought to myself so under my breath I said a very quick prayer to the God of Heaven, and answered. "If it please the king and you are pleased with me as your servant, I humbly request that you let me go back to Jerusalem to rebuild the wall around the city."

Next time we will see if the king throws Nehemiah in the dungeon for asking such a thing, or if he grants his request. One thing we found out about Nehemiah so far.... he is definitely a man of prayer.

Posted by MrBibleHead at 2:14 PM No comments: