The Ark of the Covenant is brought to Jerusalem (2Samuel5-8)

Sorry it has been a while since I posted. I hope you had a great Easter.  Jesus is risen! 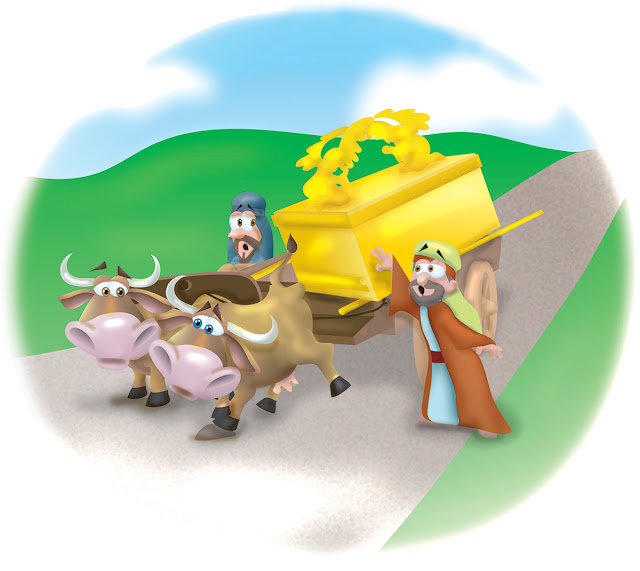 Then David decided to bring the Ark of the Covenant to Jerusalem. Remember the Ark of the Covenant? God had the Israelites build it as a mobile dwelling place for Himself. Moses and the Israelites carried it through the desert. Joshua and the Israelites carried it across the Jordan River into the promise land. The Philistines captured the Ark, but gave it back when they were plagued with trouble. Now David was bringing it to Jerusalem. The Ark had been at the home of Abinadab in Judah. Abinadab's two sons Uzzah and Ahio placed the Ark of the Covenant on a new cart. They had to be careful to use the rods to lift the Ark because God warned them not to touch the Ark. But when they neared the city of Nacon, the oxen stumbled. Uzzah reached out and grabbed the Ark to steady it. He was struck dead instantly! Wow! That seems a little extreme to us, but God is good and we have to trust that He does what is right and good. Under further investigation, we can begin to understand what happened.
The poles were placed through rings on the side of the Ark to carry the Ark, not for lifting the Ark unto a cart. No one bothered to read God's instructions for handling the Ark. It had been at Abinadab's home for 20 years and no one remembered the words of God. God is holy and we are sinful. That is why Moses couldn't look into the face of God and why no one could touch the Ark.
"David and those involved in transporting the ark erred in several ways. First, they had already lost the awe and reverence one should have for the holiness of God. Second, they had forgotten the clear instructions God set down in the law for the transporting of the ark." (Bible.org)
Do you give God the awe and respect that is due Him? Do you take His word seriously? It is easy for us to become lazy in our praying and Bible reading. God wants us to get to know Him better. Praying with reverence and reading our Bibles with respect draws us near to God and helps us live lives that please Him. Also, saying things like "Oh my God" and "OMG" are taking God's name casually and not with the reverence that He deserves. We should think about it before we say these things. 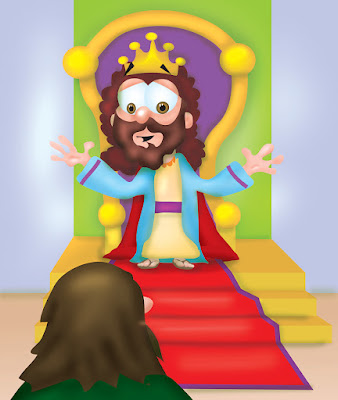 David was very upset and he feared that he would not be able to bring the Ark to Jerusalem, so he left the Ark there at the home of Obed-edom. For three months while the Ark was in his home, Obed-edom and his family were blessed like crazy! David heard about it and decided to try again to bring the Ark back to Jerusalem. This time he read God's instructions for transporting it and did it the right way. When the Ark finally reached Jerusalem. There was much cheering and trumpet blowing.

When God brought peace to Israel and David was settled in as king, David summoned Nathan the prophet. "The Ark of the covenant has never been in a temple. It has always been housed in a tent. Why should I be in this beautiful palace while the Ark of the Covenant is in a tent? I will build a beautiful temple for God!"
That night God spoke to Nathan and told him to tell David that He did not want David to build Him a temple. The reason is given to us in 1Chronicles 28. David had to kill a lot of Philistines during his life. God wanted someone without blood on his hands to build the temple, and that someone was David's son, Solomon..

God did however, promise David that his kingdom would last forever. He kept His promise because Jesus was born into the line of David! What a promise and a blessing!
David prayed and thanked God for His promise.
Posted by MrBibleHead at 1:53 PM No comments: