Elijah fed by the Ravens and the Widow's son (1Kings 17) 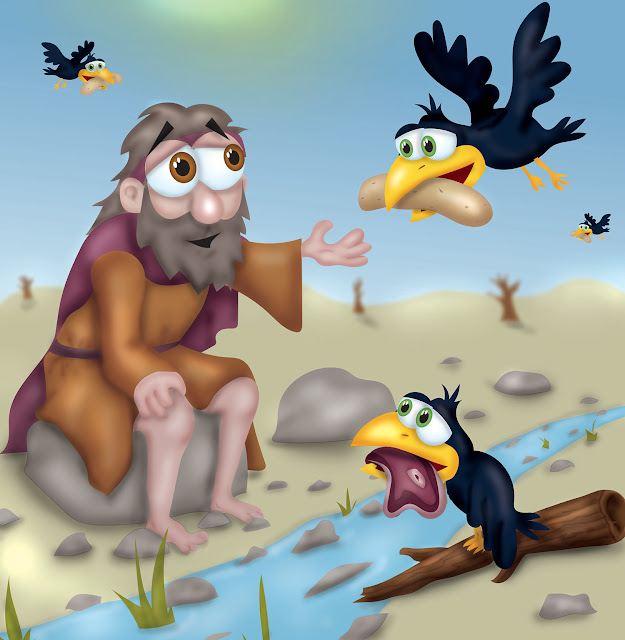 It was near the end of King Asa's 41 year rule in Judah that a man named Ahab became king of Israel. He was a very bad king.... and his wife, Jezebel , was even worse! She was worshiper of Baal, a pagan god of fire and fertility. So to keep her happy, king Ahab worshipped Baal as well and had a huge temple built for the pagan god. Jezebel despised the one true God, and tried to have 100 of God's prophets killed. But another prophet named Obadiah, who worked for the king,  hid the prophets from her in a couple of caves. He brought them food and water daily.

God was very angry with king Ahab and Jezebel. He sent a prophet named Elijah to speak to the king. "As surely as the Lord God of Israel lives, the God whom I worship and serve, there will be no rain during the next few years until I give the word." Elijah said.


King Ahab and Jezebel were furious. God told Elijah to get out of there quick and hide near a brook. "Drink from the brook and eat what the ravens bring you. For I have commanded them to bring you food." God told Elijah. So Elijah did as the Lord said. He camped near the brook and drank from it, and he ate the food that the ravens brought to him. They brought him bread and meat every morning and every evening. But because there was no rainfall in the land, the brook that Elijah was drinking from began to dry up. Then the Lord said to Elijah, "Go and live in the city of Zarepath. There is a widow there who will feed you." So Elijah went to Zarepath.

We can really see the obedience of Elijah. God told him to confront the king, which was very risky, and he did it right away. God sent him into the wilderness to depend on Him for food and water and Elijah followed God's instructions. Finally God sent him to a widow. Elijah obeyed again. so what does God want from you and me? To obey Him, even if it is difficult and to trust Him, even if it seems impossible. 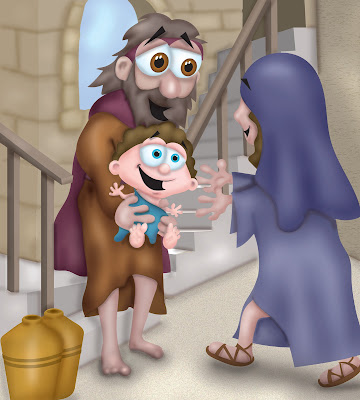 When Elijah arrived at the city gate, he saw a widow gathering sticks. "Will you bring me some water?" He asked. As the widow was going to get him some water he called out to her. "Could you also bring me some bread."
But she said, "I swear that I don't have a single piece of bread in the house. My son and I are starving! I was just gathering some twigs for a fire to make a last meal for me and my son with the handful of flour I have and a tiny bit of oil that is left in the bottom of a jar, then we will die."
Elijah answered her, "Don't be afraid, go ahead and make your 'last meal'. But make me some bread first. Afterward there will be enough food for you and your son. The Lord our God says that there will always be flour in your bin and oil in your jar until He allows it to rain again!"

The widow did as Elijah asked. She and her son ate many meals from the replenishing supply of flour and oil. For no matter how much they used, there was always flour in the bin and oil in the jar.... just as the Lord had promised through Elijah.

God blessed the widow for believing and acting on God's promise. God promised her the flour and oil to her through the prophet Elijah. God has many promises for us in His word, the Bible. He wants us to believe His promises and act accordingly. This is true faith. (James 1:22)

Some time later, the widow's son got very sick, and then he died. The widow cried out to Elijah. "Why did this happen? Did you come here to punish me for my sins by killing my son?"
"Give me your son." Elijah said. Then he laid the boy out on the bed in the upper room. Elijah began to pray and he stretched himself out over the boy. Three times he did this and on the third time, the boy's life returned to him! Elijah brought the boy downstairs, gave him to his mother and said. " Look, your son is alive!"
The woman fell on her knees and said. "Now I know that you are a man of God and He speaks through you!"