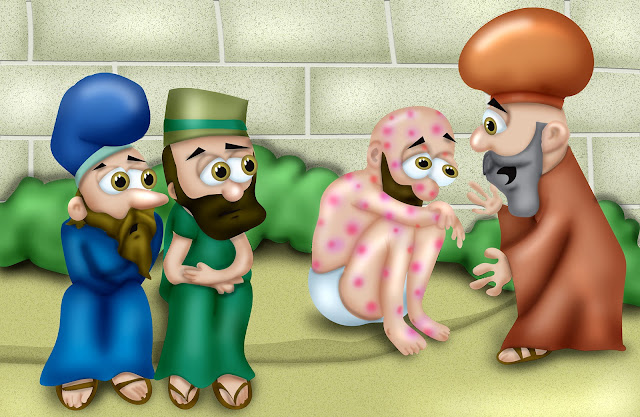 After seven days of sitting with their friend, Job (who was struck with a terrible case of boils after he had lost all his children and wealth), they were beginning to wonder if they should break the silence. However Job was the first one to speak. He began letting out all his frustrations. He cursed the day he was born. He wished he had never even been conceived. He said he would have been better off if he had died as he was being born than to live through what had had gone through and now is dealing with.

Sometimes when we are in a lot of pain, our memories get clouded. It seemed that Job had forgotten all the good years he had. He forgot about all the people that loved him and all the people he loved. We can be so wrapped up in the pain that we forget too. But hang in there. You will get through it. Remember that it hasn't always been this bad and that it probably wont't always be.

Job was just letting off some steam, but one of his friends, Eliphaz, thought it was the perfect opportunity for him to chime in. He stood up and began to tell Job that he had heard God whisper to him, and that he had a special vision one night while everyone was asleep. Be very careful if anyone tells you that God has told enlightened them about your direction in life. Run everything you hear through the scriptures and pray about it. Sometimes people think they are helping you in this way, but God doesn't like when they use His name to get across their own advice.
Eliphaz continued to tell Job that on the outside Job seemed like a good man. He would help people, comfort them and point them to God. But he added that God sees all, and He knows when their is secret since that needs punishing. Eliphaz said he knew how God worked and Job is being punished.
So his advice for Job was to go before God. Tell Him that the punishment was just and that now he repents. Then God will begin to ease his pain. 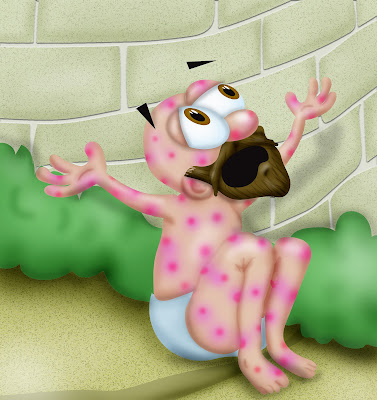 Eliphaz had a skewed idea of God. He put God in a box and made God think the way we do. But guess what? God's thoughts are above our thoughts. (Isaiah 55:8-9)  3-6)Our brains cannot even think the things that God does. That is why He asks us to trust Him.... in everything. Eliphaz was right in one thing. We should go before God and repent when we sin. Not so that God will make everything all better, but so that our relationship with him will be restored.

Now it was Job's turn to respond to Eliphaz. "You think you know God, but you don't. He doesn't work that way. And even if He did punish us like you say.... it still does not make sense, because, you can believe me or not, God knows the truth, I haven't committed and sin that is even close to what this kind of punishment would warrant." Job continued. "So if you were trying to help, or make me feel better.... you didn't. You made me feel better by just sitting with me."
Then Job cried out in anguish to God again. He said that he hated his life. He had nothing to live for and that the pain was stealing and hope of joy in his life. He asked God why doesn't he just take his life instead of letting him go through this.

We can feel Job's pain. And now to top it all off. The friend that had sat quietly with him and comforted him for the last week, has said some things that make Job feel even worse. We have to choose our words carefully when one of our friend is going through a loss or something painful. Sometimes it is better to keep quiet on purpose, than to say something hurtful by accident.

Posted by MrBibleHead at 9:16 AM No comments: