I hope you enjoyed and learned something from the series on Joseph.
He is one of my all-time favorite Old Testament characters. There is so much to learn from his life. (Genesis 37:1-50:26) 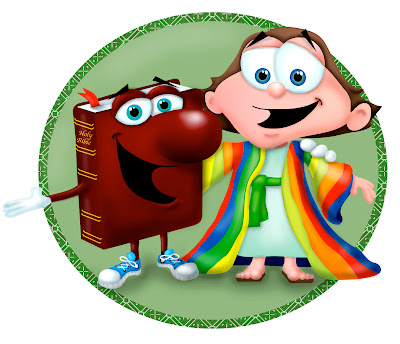 Let’s review some of the lessons that we took away from studying Joseph’s life and other Bible passages that go along with what we learned.

1: Jealousy is a sin. Joseph’s brothers were jealous of him and it lead to other sins.

Let us behave decently, not tearing each other down or with jealousy.   Romans 13:13

Hate what is evil and cling the what is good. Romans 12:9

3: Always do our best at everything we do. Joseph was the best slave EVER!

Whatever you do, work at it with all your heart as working for the Lord.   Colossians 3:23

4: Sometimes doing the right thing causes problems, but God has a plan. Joseph ended up in prison .

Blessed is the man, if it is God’s will, to suffer for doing good rather than for doing evil.   1 Peter 3:17


5:Trust God and obey Him... He is working behind the scenes. Joseph became head of the prison.

Blessed is the person who hangs in there during hard times because God promises a crown of glory to those that love Him.   James 1:2

6: Be patient. God’s time is not our time. Sometimes it takes a while. Joseph was in prison for 13 years.

“I have plans to prosper you and not to harm you, plans to give you hope and a future". Says the Lord. Jeremiah 29:11


7: God does far more than we can imagine! Joseph became head of Egypt.

God is able to do immeasurably more than we ask or even imagine.   Ephesians 3:20

I will remove from them, their heart of stone, and give them a soft heart of flesh.   Ezekiel 11:19

9: God is in charge... so don’t take revenge. Joseph could have had his brother’s thrown in jail or killed.

Don’t seek revenge for yourself, but let God do what He sees fit.   Romans 12:19

10: God forgives us and He wants us to forgive others. Joseph forgave his brothers.

Forgive us as we forgive others.   Matthew 6:12


Next time we will be looking at Moses. Most everyone knows about Moses and the ten commandments and  that he was found in the Nile river as an infant,
but there are a lot of things that I found out about him. We’ll be looking as some very interesting things in the life of Moses in the upcoming weeks!
God bless you!
Posted by MrBibleHead at 3:12 PM 7 comments: