After Samuel called Saul on his disobedience, the two men went their separate ways. Samuel was very sad because he and Saul had a long history between them. Finally God called to Samuel. "You have mourned for Saul long enough. Now it is time to anoint a new king. I want you to take some oil and head to Bethlehem. Find a man named Jesse. One of his sons will be the next king of Israel."

God understands our disappointments. But there comes a time when we have to get back to what we are supposed to do.

Samuel answered with a tinge of fear in his voice. "What if Saul finds out? He will have me killed!"
"Don't worry." God said. "Bring a heifer and tell everyone that you are there to make a sacrifice."
So Samuel took a cow and headed to Bethlehem. When he arrived, the people got nervous. "What happened? Why are you here? Is there something wrong?" They questioned.
"Relax." Samuel replied. "I am only here to make a sacrifice in the town square. Invite everyone in the town. Make sure that you invite Jesse and his sons."
Samuel had just begun the purification sacrifice when Jesse and his sons arrived. Samuel took one look at Eliab, Jesse's oldest son and thought to himself, "This is surely the next king of Israel. He is tall and handsome." But the Lord said to Samuel, Don't judge by appearance and height for I have rejected him. People judge by appearance, but I the Lord, judge by a person's heart."

We don't have to do things to make us look good. God sees our heart. He knows our motives, which means that He knows why we do things. The good things that we do should be an overflow of our hearts, not to rack up points with God. 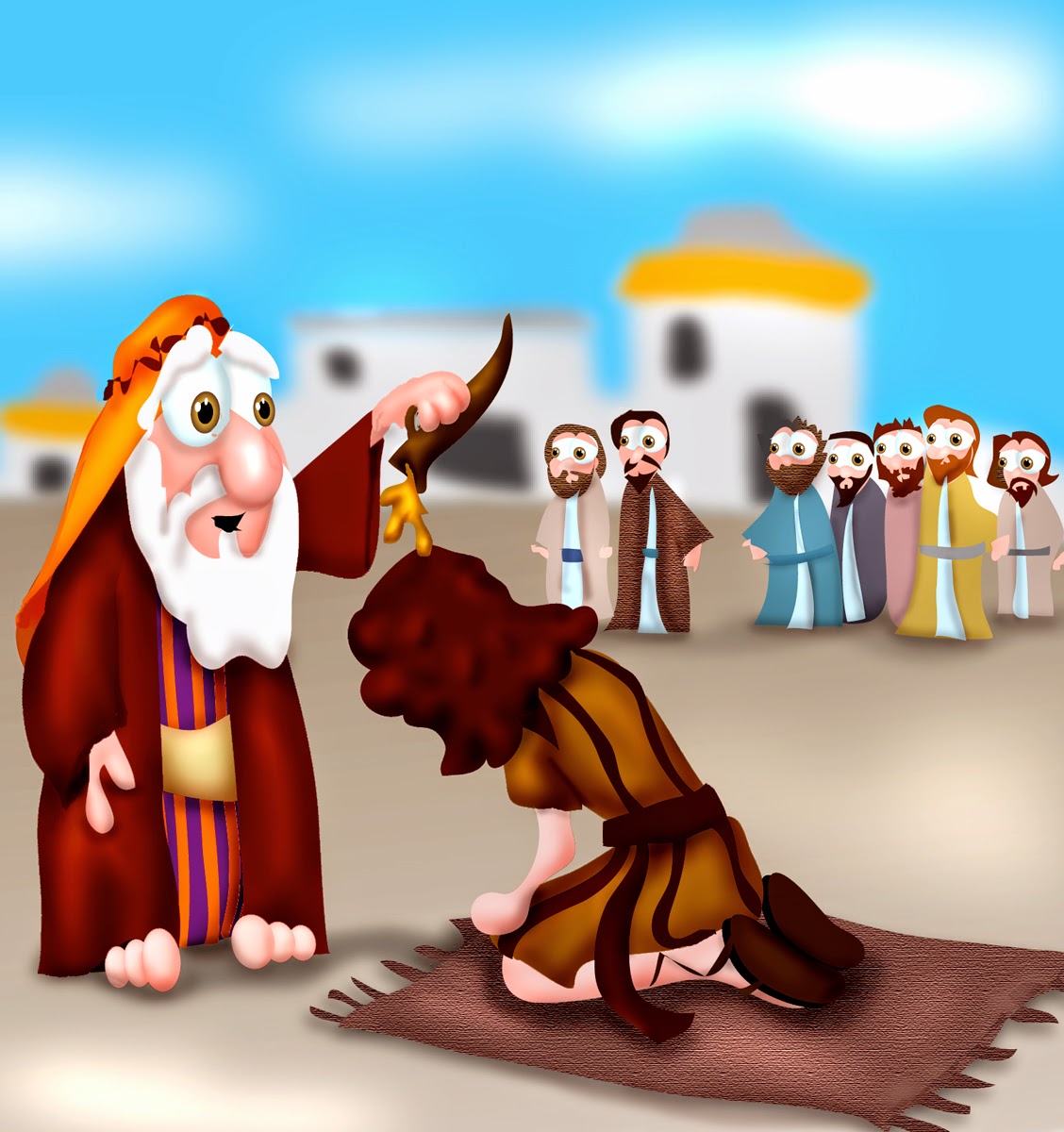 Then Jesse told his son Abinadab to step forward. Again, the Lord rejected him, even though Samuel again thought that this was the one. Then Shammah stepped forward. And again God said, "No." One by one all seven of Jesse's sons stepped forward. And one by one they were rejected.
Finally Samuel asked Jesse. "Do you have any other sons that are not here?"
"Yes" Said Jesse. "There is one more, my youngest, David. He is working out in the field watching the sheep."
"Send for him at once," ordered Samuel. "We will not sit down and eat until David gets here."
When David arrived, Samuel saw that he had red hair, pleasant eyes and he was handsome. God told Samuel that David was the one. So Samuel poured oil on David's head and anointed him. As soon as Samuel anointed David, the Holy Spirit came upon him.


In the old testament, the Holy Spirit came upon people. The Holy Spirit would descend upon and leave people as God saw fit to accomplish His purposes. Now, after Jesus, the Holy Spirit comes to live inside us if we have made Jesus the Lord of our life. And He is with us forever! It is one of God's most amazing promises!

Meanwhile, Saul was in his throne room. The Holy Spirit had departed from him and Saul became agitated and fearful. One of Saul's servants suggested that Saul needed music to calm him down. Another servant suggested a young man that he had heard about who played the harp very well. His name was David!

God is always working behind the scenes, even when we don't see it.

Saul sent a message to Jesse to send his son David. Jesse sent David to the king along with some gifts. David played the harp for Saul and it helped Saul. Saul liked David very much and soon David became the armor bearer as well at the royal musician. 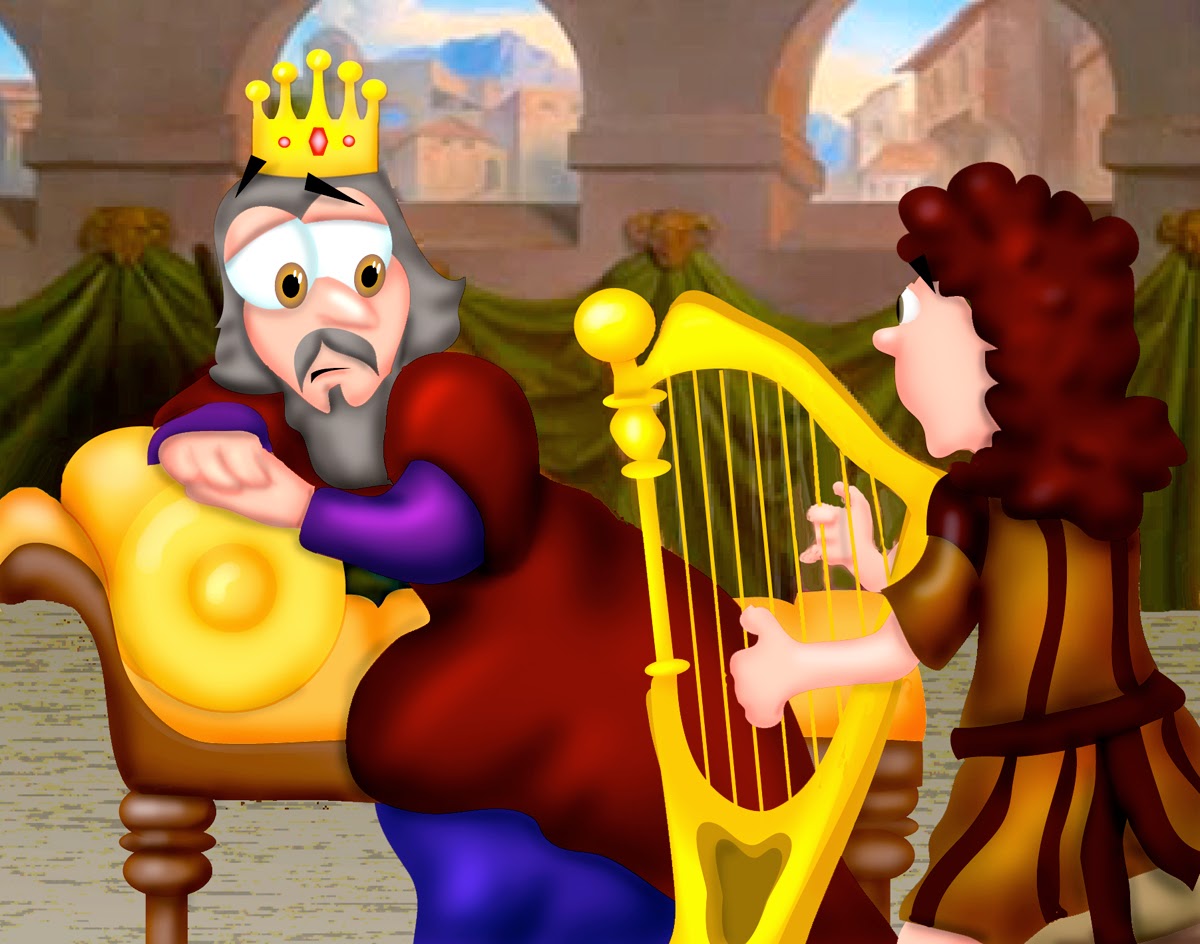 Posted by MrBibleHead at 3:51 PM No comments: